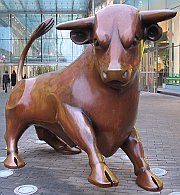 Few travel destinations can offer such a wide breadth of sites as Birmingham. The West Midlands city specialises in everything from chocolate to jewellery and also has world-class museums and cultural attractions to boot. Add to that its strong connection with literary legend JRR Tolkien, and Birmingham becomes a fascinating city full of surprises.
Chocolate lovers visiting Birmingham need look no further than Cadbury World. Located south of Central Birmingham just minutes from Bournville Rail Station, it offers an exciting look into the world of chocolate. The experience is divided into several zones that uncover the history of Cadbury and how chocolate is processed, manufactured and packaged through a series of exhibits and demonstrations. At the end, visitors have the opportunity to browse and shop at Cadbury's largest store.
On the other end of the spectrum for Birmingham is its Museum & Art Gallery. Housing a huge permanent collection of pre-Raphaelite art, it is the city's premiere cultural attraction. The museum itself is located within scenic Victoria Square, which is home to Birmingham's staunchly neo-classical Town Hall and Council House. In the winter months, the square hosts the town's annual Frankfurt Christmas Market. This heart of the city is a stone's throw away from Birmingham Cathedral and within walking distance from the ultra-modern Bullring Shopping Centre that was opened on 4th September 2013 to a crowd of nearly 300,000 people. To commemorate the opening a double life sized Bronze statue of a Hereford Bull (weighing 6 tonnes) was commissioned from the sculptor Laurence Broderick. Which can now be found displayed proudly at the main Bullring entrance by Rotunda Square.

Northeast of Victoria Square is Birmingham's famous Jewellery Quarter. The city is still well known for being the centre of the UK's jewellery manufacturing industry and the Museum of the Jewellery Quarter provides a fascinating glimpse into its heritage. The museum was once the headquarters of the Smith & Pepper jewellery manufacturing firm which closed in the early 1980s. Since then, the factory has been perfectly preserved and as such includes examples of jewellery making practices from as early as the 19th century. The area surrounding the museum is still filled with dozens traditional jewellery shops featuring handmade gold and silver pieces. The area is still one of the UK's main hubs for everything to do with the jewellery industry. Situated in "The Quarter" you will find designers, casters and diamond ring manufacturers through to wholesale fashion accessory importers and gold bullion traders.
The Thinktank Birmingham Science Museum and National SEA LIFE Centre make up two of the city's best science-related attractions. Opened in 2001, Thinktank is a modern museum aimed and showing visitors of all ages the wonders of science. Instead of traditional static exhibitions, there are over 200 hands-on displays here as the museum intends to reveal the scientific side to everyday life. Over at the SEA LIFE Centre, visitors will encounter over 1000 sea creatures in a series of beautiful aquariums. Highlights of the centre include its hammerhead sharks, seahorses and otters. Visitors can plan their visit to coincide with regularly scheduled feeding times and also should not miss the interactive rock pool, where it's possible to touch starfish and hold a crab.
Literary fans from around the world make the short trek to Sarehole Mill, located a few miles south of Central Birmingham. This is one of the city's two remaining mills and preserves a slice of 19th century life in the middle of a modern city. The mill is most famous for its association with JRR Tolkien, author of The Hobbit and The Lord of the Rings. As a child, Tolkien spent much time at the mill and it along with its surroundings acted as inspiration for The Shire, the mythical home of Hobbits in the books he would later write. In fact, the site was so near and dear to the author's heart that he pleaded in 1960s to save it from ruin. Now lovingly restored, the mill is a major stop along the "Tolkien Trail", which includes several sites around Birmingham that helped provide Tolkien with the scenery he needed to create his literary masterpieces such as Moseley Bog and The Oratory.

Various other heritage houses and tranquil gardens round out Birmingham's long list of interesting sites. Thanks to its numerous rail stations, the city is easily accessible from all parts of the UK, allowing boast domestic and international visitors to explore its wide breadth of attractions. Solid transportation infrastructure coupled with an abundance of hotels to suit any budget make Birmingham a fun and interesting travel destination within reach. 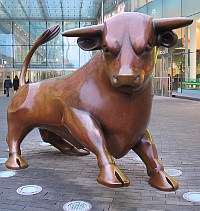