The United Kingdom of Great Britain and Northern Ireland, commonly referred to as UK, is located on the north-western coast of continental Europe. This country includes the north-eastern part of Ireland, the island of Great Britain and some other smaller islands. The UK is a developed country and is known to have the world's 7th biggest economy based on nominal GDP. Meanwhile, it has the 8th largest economy in terms of purchasing power parity. The UK has been tagged as one of the world's very first first industrialized countries.

Based on the 2001 census, the population of the United Kingdom was 58,789,194. This is considered the third biggest in the European Union, while it is the fifth largest in the Commonwealth. In the global scale, the figure is the 21st largest population in the World. It was estimated that the figure has grown since 2001 to 62,262,000 in the year 2010.

The official language of the United Kingdom is of course English (British English), which has many words borrowed from Norman French, Old Norse, Greek and Latin. The spread of the English language has successfully reached across the world because of the wide spread of the British Empire. It has also been widely taught as a second language in many parts of the world. 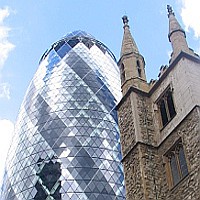 The city of London has such a variety of attractions for visitors that one could spend a lifetime exploring this iconic city. All areas are linked by the massive London Underground railway network, making travelling around town a cinche. Typical tourist sights are mainly located around the centre of town and include St. Pauls Cathedral, Tower Bridge, Big Ben, Buckingham Palace, London Eye, and the Gherkin Building. As well as the museums and historic buildings London offers a great nightlife experience around the busy West End Piccadilly Circus area, you can grab a show at the theatre, have an amazing restaurant meal, and enjoy the myriad of top nightclubs, casinos and bars that the West End has to offer. 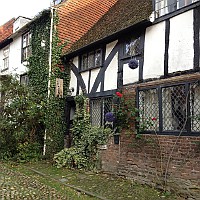 If you wish to experience medieval buildings and steep narrow cobbled streets the quaint town of Rye is the perfect destination on the coast of East Sussex. Visitors to this small town must take a leisurely stroll along the famous steep cobbled Mermaid Street, and don't forget your camera. Popping in to the Mermaid Inn is almost compulsory, to see the Giant's inglenook fireplace, hear the tales of smugglers and maybe catch a glimpse of one of the many ghosts that haunt this old inn. Rye has a mixture of various old buildings of Tudor style with exposed beams, as well as typical Georgian design.

London has £100 million available to create a 'Mini Holland' bicycle route scheme in selected areas of the capital. With Walthamstow, Enfield and Kingston being the main contenders for the 'Mini Holland' scheme we could be seeing a lot more cyclists around London in the near future!
Walthamstow Festival 2015

The Walthamstow Village Festival 2015 is being held on Saturday the 19th September this year. Various exciting stalls full of Arts and Crafts, as well as various Street Food stalls will line Orford Road, which will be completely closed to traffic for the day. Come and join in the fun from 12pm Saturday!
Notting Hill Carnival 2015

This year the Carnival is on the Bank Holiday weekend incorporating 30th and 31st August 2015. The World Stage will show musicians from the UK and around the world playing everything from Soca, Steel Bands to Calypso.